The Morris and Helen Belkin Art Gallery is pleased to present Shores, an exhibition of work by the 2019 graduates of the University of British Columbia’s two-year Master of Fine Arts program: Angela Glanzmann, Cameron Kerr, Mandana Mansouri, Ramey Newell and Weronika Stepien. This program in the Department of Art History, Visual Art and Theory is limited each year to a small group of four to six artists, who over the two years foster different sensibilities developed within an intimate and discursive working environment. 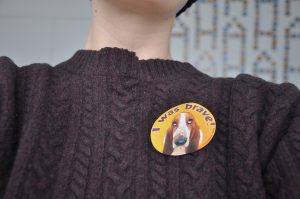 Angela Glanzmann (Canadian, b. 1991) is a queer settler, artist and art worker currently based in the unceded lands of the xʷməθkwəy̓əm (Musqueam), Skwxwú7mesh (Squamish), Stó:lō and Səl̓ílwətaʔ/Selilwitulh (Tsleil-Waututh) Nations. She works in video, performance, sculpture and installation to investigate connections of post-trauma, affect, labour, precarity and their latent markings on a body. She received her BFA from NSCAD University (2013). Glanzmann has exhibited in galleries and artist-run centres across Canada and has attended residencies both nationally and in Europe. She has received grants from Canada Council for the Arts, Arts Nova Scotia and SSHRC, and is currently a recipient of the BC Binning Memorial Fellowship. 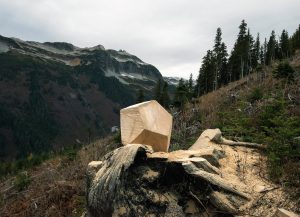 Cameron Kerr (Canadian, b. 1974) works in sculpture and photography. Born in Campbell River on Vancouver Island, he studied sculpture and art history at the Academy of Fine Arts, Carrara, Italy (1994-97). After receiving his BFA from Emily Carr University (2007), he continued his practice in Berlin on a Canada Council grant (2008-09). His sculptures have been displayed outside in Vancouver at the Contemporary Art Gallery, Emily Carr University of Art and Design, Queen Elizabeth Theatre and Bloedel Conservatory. Kerr has had solo exhibitions in Vancouver at Blanket Gallery (2007), Grey Church (2012), Field Contemporary (2015) and upcoming at Trap Projects (Fall 2019). 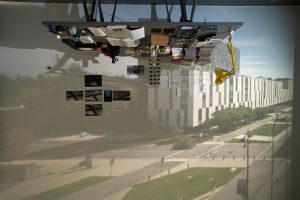 Mandana Mansouri (Iranian, b. 1982) is an interdisciplinary artist working with still and moving images, language, performance and site-specific installations. Her work is concerned with image making, language, space, displacement, power and visibility. Her recent body of work,Practice for Dying in Studio #4012, references the art historical and theoretical basis for photographic images, the relationship between text and images and the way in which space forms and functions. Mansouri holds a BSc in Architecture (2005) and an MSc in Urban Design (2012). Her work has been included in recent exhibitions at HEKLER Medium, New York (2018), AHVA Gallery, UBC (2018), Gallery 1515, Vancouver (2017) and Azad Art Gallery, Tehran (2017). Mansouri has collaborated with art collectives such as Photocopy, New Media Society and Architecture Urbanism Circle in Tehran. Prior to her work as an artist, Mansouri worked as an architect, urban designer, community organizer, translator and writer. 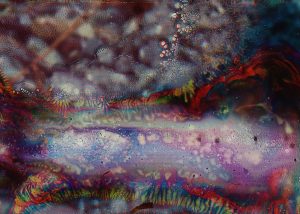 Ramey Newell (American, b. 1983) is a filmmaker and artist whose practice explores issues relating to ecology, scientific epistemologies, anthropocentrism, mythologies of the American West and the expectations of documentary image. Her photographic projects and experimental films have shown in festivals, galleries, museums and other art spaces throughout the US, the UK, Canada and Australia, including at the Polygon Gallery, North Vancouver (2018), the National Gallery of Art, Washington, DC (2018) and Deluge Contemporary Art, Victoria (2018). Newell was a 2016 Flaherty Film Seminar Fellow (New York), has received private foundation artist grants and is a current recipient of the BC Binning Memorial Fellowship. She holds a BFA in Photography from New Mexico State University and a graduate certificate in Interdisciplinary Documentary Media Practices from the University of Colorado at Boulder. 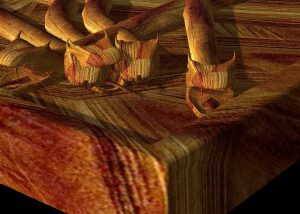 Weronika Stepien’s (Polish-American, b. 1984) practice incorporates 3D animation, drawing, painting and sculpture. In her work, Stepien re-inscribes the representational tropes and technology of gaming and fantasy CGI animation into a non-hedonistic visual matrix. In her videos, disposable forms, the various CGI subjects, are caught by the space, separated. Some digested obj. files become absorbed by clones, other forms or their environment. Stepien graduated from Emily Carr University’s Film and Video and Integrated Media program in 2009 and is currently a recipient of the BC Binning Memorial Fellowship. Her work has been exhibited at the UBC AHVA Gallery (2017), grunt gallery (2018), Gallery Gachet (2014) and at numerous screening events.

This exhibition is presented with support from the Department of Art History, Visual Art and Theory at the University of British Columbia.