one sentence too many, one word too few: MFA Graduate Exhibition

The Morris and Helen Belkin Art Gallery is pleased to present an exhibition of work by the 2020 graduates of the University of British Columbia’s two-year Master of Fine Arts program: Matthew Ballantyne, Alejandro A. Barbosa, Rosamunde Bordo, Sam Kinsley, Nazanin Oghanian and Jay Pahre. This program in the Department of Art History, Visual Art and Theory is limited each year to a small group of four to six artists, who over the two years foster different sensibilities developed within an intimate and discursive working environment. 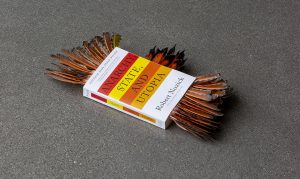 Matthew Ballantyne (Canadian, b. 1984) is an artist, poet and lapsed ironist. His work is preoccupied with birds despite their disinterest in him. 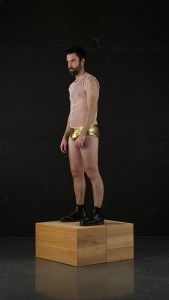 Alejandro A. Barbosa, Somatics of the Self as Citational Form (still), 2020.

Alejandro A. Barbosa (Argentinian, b. 1986) is a queer Latino photographer and artist. His current practice revolves around questions on queerness, the politics of passing and visibility, the distribution of effort in institutional contexts, performance, modes of consumption of difference and exhaustion. His work has been shown in festivals, galleries, museums and other art spaces in Argentina, Peru, the US and Canada. He is a recipient of the BC Binning Memorial Fellowship. Barbosa lives and works on the traditional, ancestral and unceded territory of the Coast Salish peoples – Squamish, Stó:lō, Tsleil-Waututh and Musqueam Nations, also known as Vancouver. 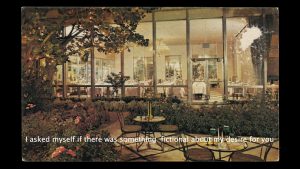 Rosamunde Bordo (Canadian, b. 1991) is an interdisciplinary artist invested in exploring narrative possibilities through collections of objects and images, appropriated/ready-made texts, and a practice of creative writing. Bordo is the recipient of numerous awards including the Audain Travel Award and the B.C. Binning Memorial Fellowship. She has participated in artist residencies in Canada and Europe and is cofounder of everydaystollen, an experimental podcast series. She is currently based on the traditional unceded lands of the Musqueam, Squamish and Tsleil-Waututh Nations, known as Vancouver. 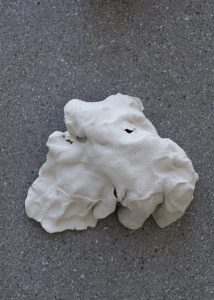 Sam Kinsley (Canadian, b. 1982) is an interdisciplinary artist of settler ancestry currently living and learning on the unceded territory of the Musqueam, Squamish and Tsleil-Waututh Nations. Kinsley uses attentive repetition of chosen actions to investigate the implications of the habits and tendencies that her body takes up.  The practice of repetition and re-acting allows her openings to question what is considered “natural” or “given,” and opportunities to re-orient.  Kinsley is cofounder of an experimental podcast series everydaystollen.She has participated in artist residencies and has exhibited in galleries across Canada.

Nazanin Oghanian (Iranian, b. 1990) is a multidisciplinary artist whose practice unfolds from critical reflection around notions of the body, identity, gender, memory, politics and the establishment of a constant dialectic between the individual and the social. She earned a BFA in Sculpture from the University of Tehran in 2013 with her graduation project Fingerprint, a body of work that was awarded the first prize of The 7th Selection of New Generation by Homa Gallery. Oghanian’s work has been shown in several galleries in different cities in Iran, and since arriving in Canada she has shown her work at the AHVA Gallery and Dr. Sun Yat-Sen Classical Chinese Garden. 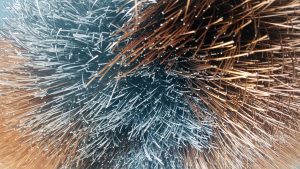 Jay Pahre (American, b. 1991) is a queer and trans settler artist writer, and cultural worker currently based on the unceded territories of the of Musqueam, Squamish and Tsleil-Waututh peoples. Weaving between drawing, sculpture and writing, his work queries trans and queer nonhuman ecologies at points of intersection with the human. He received his BFA in Painting and BA in East Asian Studies from the University of Illinois in 2014, and went on to complete his MA in East Asian Studies in 2017. His work has been exhibited across the US and Canada. He has received multiple teaching awards alongside research and community-activism recognition for the support and advocacy work he has done for and with LGBTQ2S+ communities since 2009.

This exhibition is presented with support from the Department of Art History, Visual Art and Theory at the University of British Columbia.