The AHVA Library Gallery at the University of British Columbia is pleased to present Marijke Nap, Life Works, an exhibition celebrating the work and talent of late artist, Marijke Nap. Please join us on Wednesday May 11th, from 4:30-7:30pm for an opening reception with remarks beginning at 5:30pm.  The show will run until May 28th, and gallery hours are Wednesday to Saturday from 12-4pm.

Marijke Nap was born in Brazil in 1965, she was the fourth girl in a large family that moved to the Netherlands in 1976, and then to Canada in 1978.  Marijke was inspired and affected by the events and environment of her childhood in Brazil, and this is apparent in her work: carnival costumes to carnivalesque monkeys, oleander trees, and the birds of Sabará, Minas Gerais.  With a great drive to learn about her culture, in her early adulthood she spent a few years in Holland.  She spoke many languages, including Dutch, Portuguese and Spanish.

She attended the studio art program at Vancouver College and Capilano University in Vancouver. Marijke was always a great advocate and contributor to the Printmaking community of Vancouver. She helped in founding the New Leaf Editions International Miniature Print Exhibition with Debra Dedyluk and Peter Braune, she also worked with Katie Dey at New Leaf Editions, forming many friendships along the way. Marijke worked as a printmaking technician at Capilano College, and then became the printmaking technician at the University of British Columbia, in the Department of Art History, Visual Art and Theory for the last 9 years, where she inventively assisted several generations of students.  She also served on the board of Directors at Malaspina Printmakers Society and Dundarave Print Workshop, both on Granville Island in Vancouver. As well as working on her own vast independent practice, Marijke collaborated with many people, including Gerri York, Katie Dey and Mikolaj Smolinski.  She exhibited in many venues across Canada, and recently completed a residency at Ytrecht in Holland, the show traveled to many international cities.

This exhibition brings together a large collection of work from Nap’s oeuvre, evidencing both the depth of her explorations and her whimsical nature.  Throughout the exhibition, one is witness to how Marijke Nap “performed” via the mediums of print, drawing and collage, displaying the many facets of her person and the many sources that inspired the complex narratives she constructed. Her practice reveals the process of working through a variety of materials and techniques, from traditional etching, screen printing, lithography, photography and digital applications.  She experimented widely on print matrixes and paper, with objects, and often added textural elements using cloth, collage, flocking, and even substances such as pollen or sugar. Personal experience and memory were the take-off points for many of her works, dealing with imagery from her past, her environment, her political convictions, and from her dreams.  Through a multiplicity of forms and symbols, her work divulges social commentary or political agenda. The themes of her work are varied, sometimes deeply psychological and mysterious, and at other times absurd, but always with a distinctively whimsical sensibility.  Much like herself, her work was multi-faceted, and each artwork offers a unique and stimulating expression of her worldview for someone to connect to.

Marijke was well known for her incredible vegetarian cooking and her green thumb.  She found pleasure in gardening, and was instrumental in maintaining and setting up community gardens in the city—including the one she belonged to—where she nurtured organic vegetables to their full potential.

This exhibition is made possible by the Department of Art History, Visual Art and Theory at the University of British Columbia and the support of Catherine Soussloff. Thank you to Barbara Ziegler, Mikolaj Smolinski, Marina Roy, Barrie Jones and Andrea Tuele, and a special thank you to the Nap family for all of their assistance. 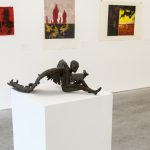 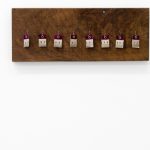 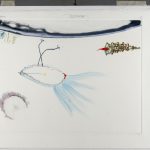 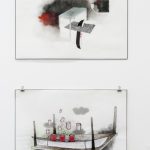 Facilities Planning 1 and 2 in collaboration with Mikolaj Smolinski 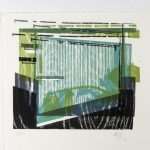 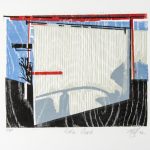 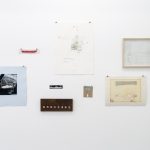 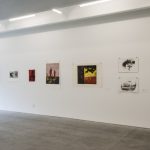 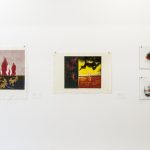 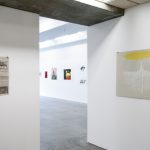 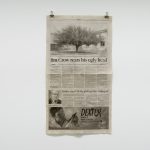 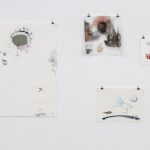 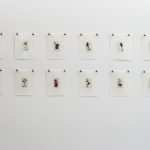 Installation of The Hallowe’en Costume Series 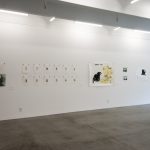 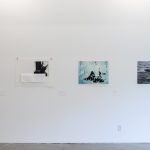 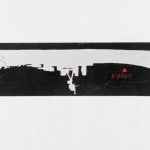 Invitation for the Small Sins Exhibition at the Dundarave Print Workshop 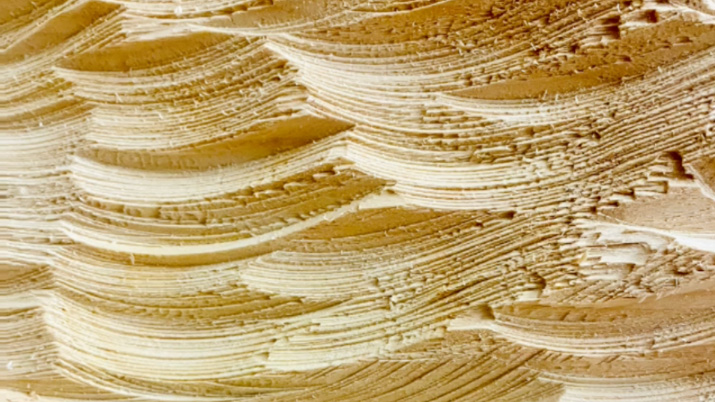 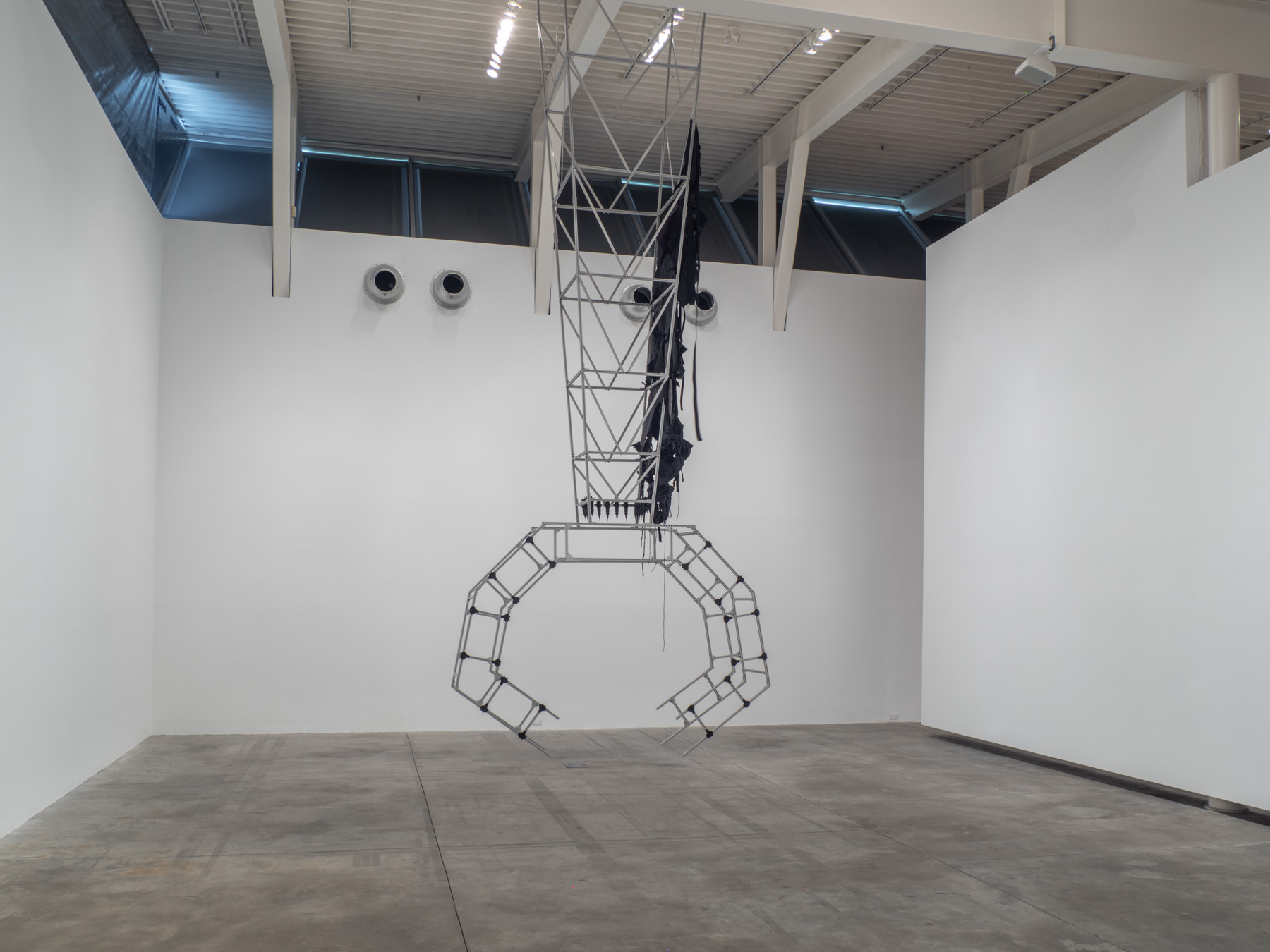