The Morris and Helen Belkin Art Gallery is pleased to present Slip the Snare, an exhibition of work by the 2016 graduates of the University of British Columbia Department of Art History Visual Art & Theory’s two-year Master of Fine Arts program: Benjamin J. Allard, Jeneen Frei Njootli, Saroop Soofi, Leigh Tennant and Olivia Whetung. Enrollment in this program is limited each year to six artists, who over the two years foster different sensibilities developed within an intimate and discursive working environment.

Benjamin J. Allard was born in Baie-Comeau, QC and completed a BA in Communication Studies from Concordia University in 2013. Working between site-specific installations, interactive structures and curatorial projects, Allard investigates notions of historiography, political activism and technology. His projects have been exhibited at Eastern Bloc (Montre?al), Espace Projet (Montre?al), the UBC AHVA Gallery (Vancouver) and published in RIPA 2014.

Jeneen Frei Njootli is a Gwich’in artist and a founding member of the ReMatriate collective. In 2012, she graduated from Emily Carr University with a BFA and went on to hold a Visual Art Studio Work Study position at the Banff Centre. In 2016, she exhibited at aceartinc (Winnipeg), the Ottawa Art Gallery, Winsor Gallery (Vancouver) and has performed alongside James Luna in his ISHI: The Archive Performance. Frei Njootli is a recipient of the Cordula and Gunter Paetzold Fellowship. On Friday, May 6 at 1 pm, Frei Njootli will be performing Through the Body. Where is the Work? g’ashondai’kwa.

Saroop Soofi’s art practice takes the form of public performances and video installations combining mixed media, fabric sculptures and real animal skins. Her current research integrates Punjabi cultural forms into contemporary art practice, in order to connect to themes and interests that are important to women in BC’s Punjabi-Canadian community. She completed a BFA with a focus on sculpture at the National College of Arts (Lahore) in 2009. Her work has been exhibited in solo and group shows including at Alhamra Art Gallery (Lahore) and UBC AHVA Gallery (Vancouver). On Wednesday, May 11 at 1:30 pm, Soofi will be performing Hi Tea.

Leigh Tennant was born in Richmond, BC. Their post-secondary art education began at Emily Carr University in 2003, and continued along an elliptical course that saw Tennant receive a BA in Art History (2009) and a BFA (2013), both from the University of British Columbia. Tennant was one of the founding members of the Vancouver project space TopDown BottomUp that was active from September 2011 until May 2013. Tennant was the recipient of a BC Arts Council Scholarship (2014-15) and the Andrew MacIntosh Memorial Book Prize for a Master of Fine Arts student, and one of the recipients of the BC Binning Memorial Fellowship Awards for 2015-16.

Olivia Whetung is a member of Curve Lake First Nation and a citizen of the Nishnaabeg Nation. She completed her BFA with a minor in Anishinaabemowin at Algoma University in 2013. Her work explores acts of/active native presence, as well as the challenges of working with/in/through Indigenous languages in an art world dominated by the English language. She is a recipient of a CGS-M Social Sciences and Humanities Research Council Award and an Aboriginal Graduate Fellowship.

The exhibition is presented with support from the Department of Art History, Visual Art and Theory (AHVA) at the University of British Columbia. For more information on Slip the Snare contact Jana Tyner, jana.tyner@ubc.ca or visit www.belkin.ubc.ca. For more information on the MFA program at AHVA UBC please contact ahva.grad@ubc.ca or visit www.ahva.ubc.ca. Admissions for the September 2017 intake will close January 10, 2017. 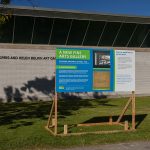 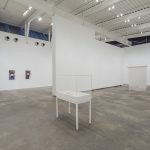 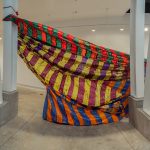 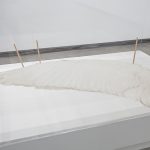 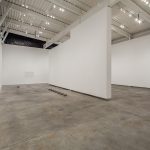 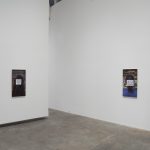 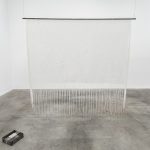 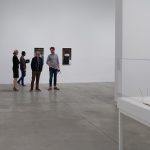 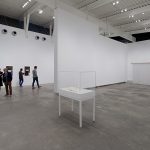 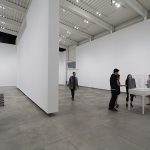