Only When the Shades of Night Begin to Gather

The title of this exhibition is pulled from Hegel’s Philosophy of Right (1820):

“Philosophy, as the thought of the world, does not appear until reality has completed its formative process, and made itself ready. … [O]nly in the maturity of reality does the ideal appear as counterpart to the real, apprehends the real world in its substance, and shapes it into an intellectual kingdom. When philosophy paints its grey in grey, one form of life has become old, and by means of grey it cannot be rejuvenated, but only known. The owl of Minerva, takes its flight only when the shades of night begin to gather.”

The artworks in Only When the Shades of Night Begin to Gather display a deep concern for the role that history plays within the conceptualization and production of critically engaged contemporary art. The exhibition brings together works by Visual Art faculty Dana Claxton, Christine D’Onofrio, Gu Xiong, Gareth James, Barrie Jones, Phil McCrum, Manuel Piña, Richard Prince, Marina Roy, and Barbara Zeigler. 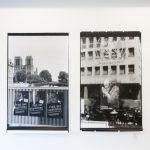 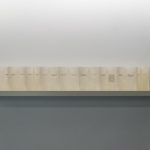 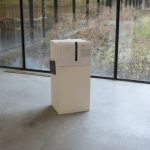 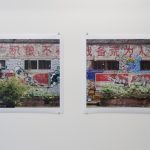 Protect the People From War and Natural Disasters/Dig Shelters, Stockpile Food, Do Not Become a Superpower – 0710. Barrie Jones 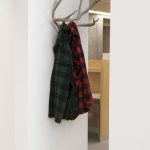 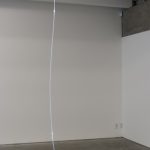 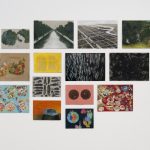 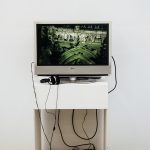 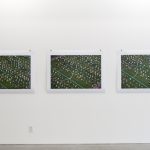 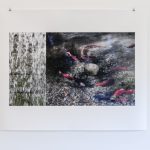